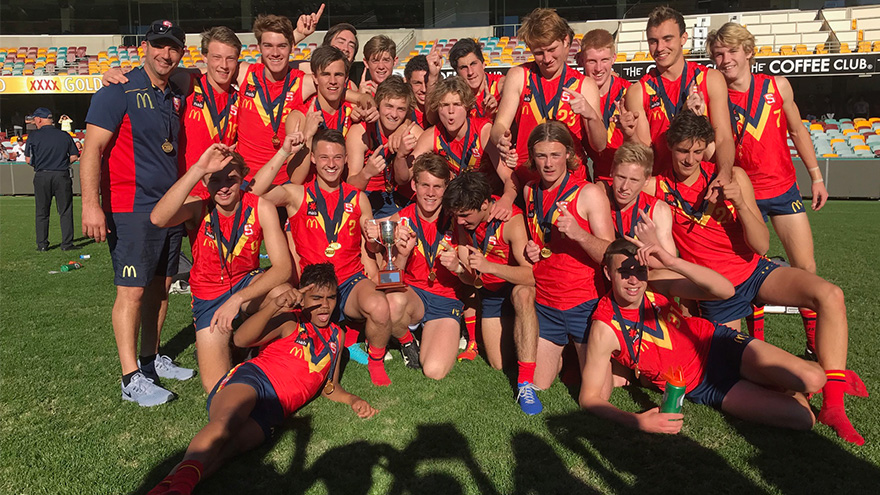 Jamison Murphy, son of John, was recently selected to represent South Australia in the SANFL U16 state team at the 2018 NAB AFL U16 National Championships, he was also a member of the leadership group.

The team played against Western Australia at Alberton Oval on Sunday 24th June.
The following link is the match information from that game LINK
The next two games for South Australia were against Victoria Country Monday 9th July at Southport QLD and then Friday 13th July against Victoria Metro at the Gabba Qld which were both won handing them the national championship. Details HERE via Chief SANFL Writer Zac Milbank 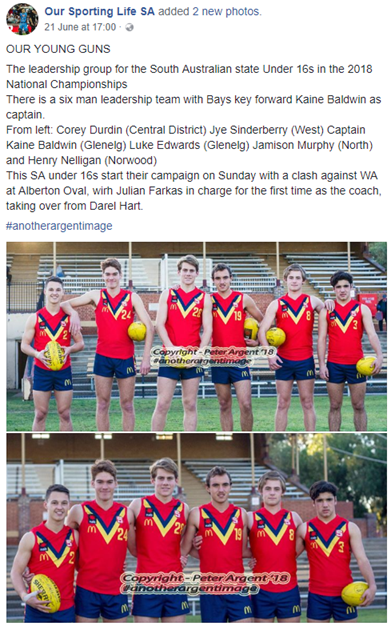